So February is coming to a close and I ACTUALLY FELL THROUGH WITH A COMMITMENT….a commitment pertaining to doing something entirely unproductive, but a commitment all the same! Ok, so here we go.

Yep, all of these games that were originally on my list, they have been beaten. Anyway, I am off to bask in my adequacy/maybe do something productive?

Posted by mrvonawesometon in Uncategorized and tagged Four in February, Games, MrVonAwesometon

Reposting a recommendation for a great game. You should play it.

Posted by Thedude3445 in Pickles Recommends/Reviews | Leave a comment 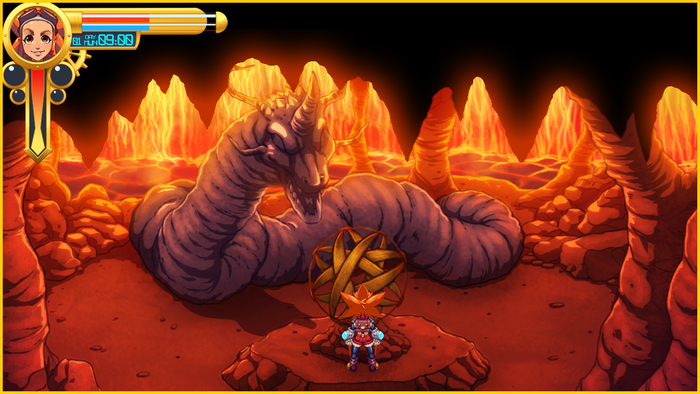 I’m gonna plug another Kickstarter project that is ending soon. About 30 hours left for the project Cryamore, which is a action-RPG steampunk adventure that is going to be astounding. Just from the Kickstarter page itself, you can see that the art is beautiful, the gameplay looks awesome, and the music is being done by Aivi Tran and that should speak for itself. 3o hours left, and it is almost to its final stretch goal; if it reaches $225,000, it will receive ports to all current consoles, including the Wii U! Who wouldn’t want an homage to 90s console RPGs on consoles?

Posted by Thedude3445 in Games and tagged ghana, ubiktune | Leave a comment

Another installment of Tags that have reached the Backblog

it makes me really sad sometimes. Really sad. Welp, at least I get a couple views a day (15 a day on average). By the way, the 365-Story Challenge has been going well; I will again link it. http://365storychallenge.wordpress.com/ however it and other things have taken up my time significantly; I haven’t been able to work on any actual articles for this site in a while, as you may have noticed. Sorry about that; I hope to fix that soon, maybe with a game or movie review or something.

Here is the current status on my Four in February games, which is my desperate attempt to avoid doing anything productive for 28 days.

Progress: 2 hours in, getting the Sunstone to evolve my Weepinbell.

I was initially going to include Final Fantasy XIII instead of XII, but I found out that I am only 3 chapters from the end of the game and wanted to choose a game I had made less progress in. I may swap XIII back in if time becomes an issue.

I took off Dragon Age Origins because

2. The part where you are in the Fade is annoying and I don’t want to use walkthroughs or waste 5 primo Colossus killing hours finding my way through.

3. The game I am adding is amazing, much shorter, and stars a Sarah Palin hairwitch.

So, I give you my replacement FiF game…..

Progress has been made in 2 of the other games, but I will wait until next Saturday to report my position in all 4 titles.

1. I only have one Wiimote

3. I have no Wiimote with which to play the game

So, begrudgingly, I am replacing it with…

Ok, lets see if I can get to the end of week 1 without losing another game. Final week 1 progress report tomorrow!

Posted by mrvonawesometon in Uncategorized and tagged Four in February, MrVonAwesometon | Leave a comment